This UI Kit includes hundreds of vector UI components and royalty-free icons in the following formats: OmniGraffle, Axure RP, Illustrator, Fireworks, Keynote, Visio or PowerPoint.
Or get the Super Bundle instead, which contains all 9 UI kits for $197 instead of $441 ($244 off). 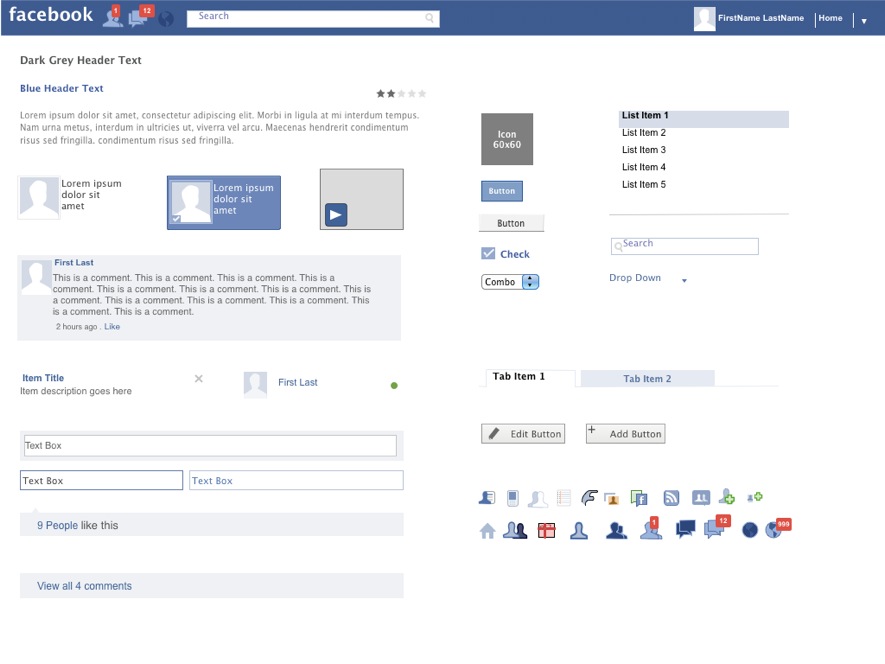 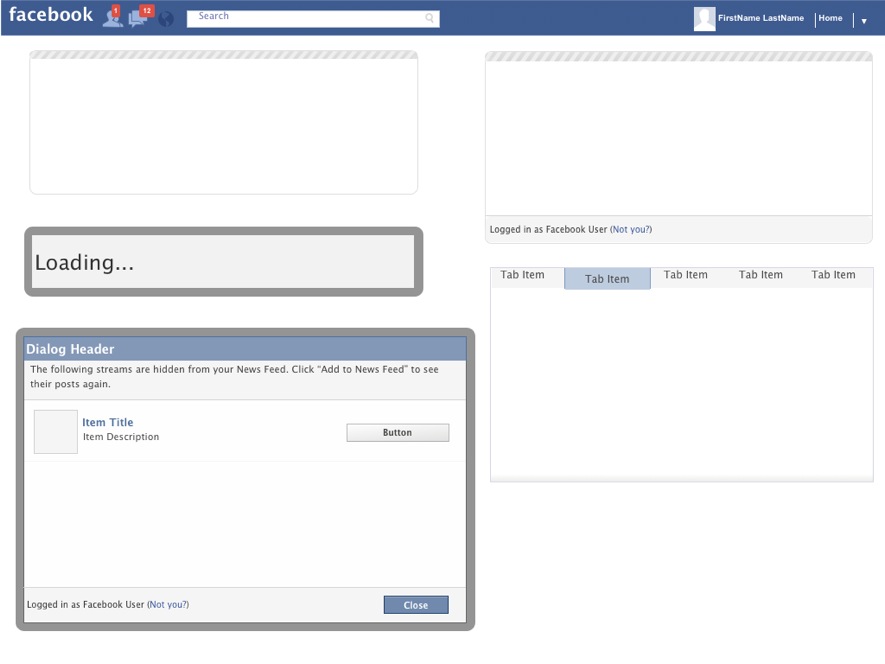 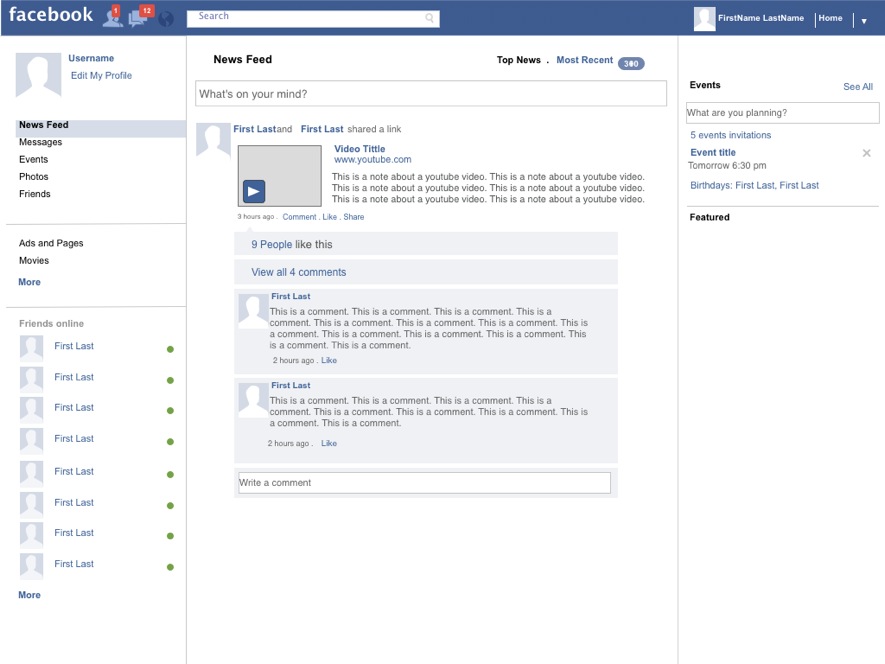 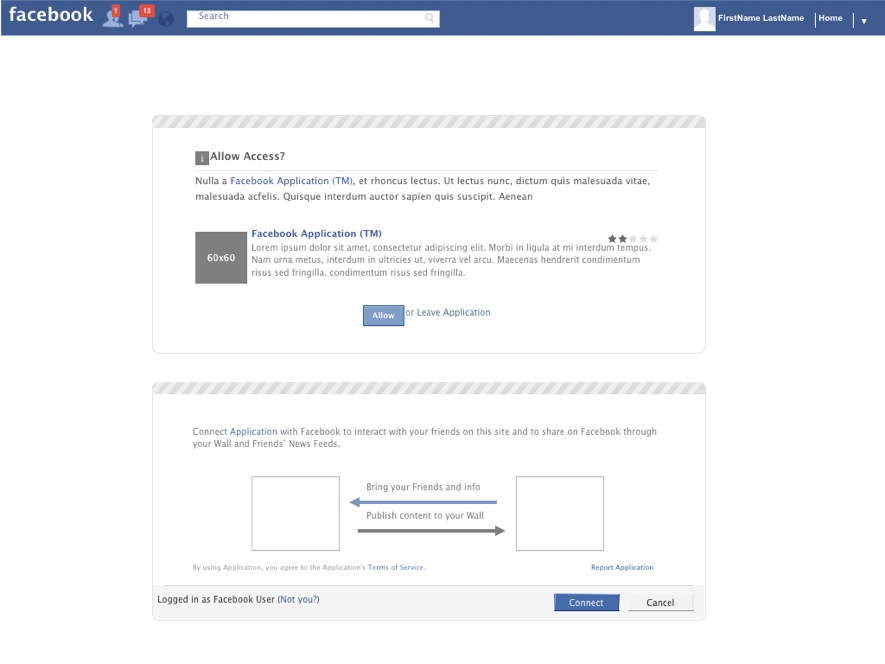 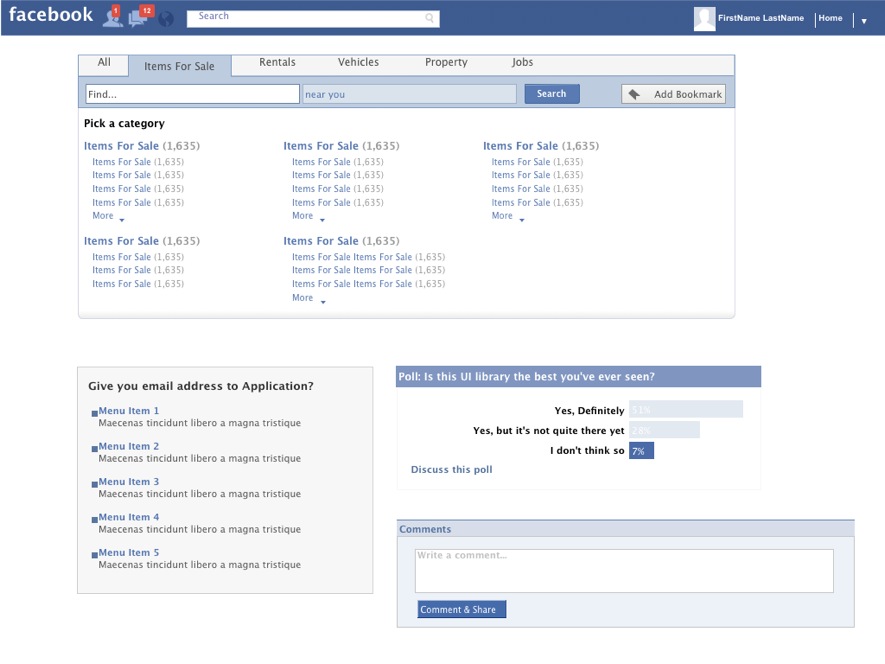 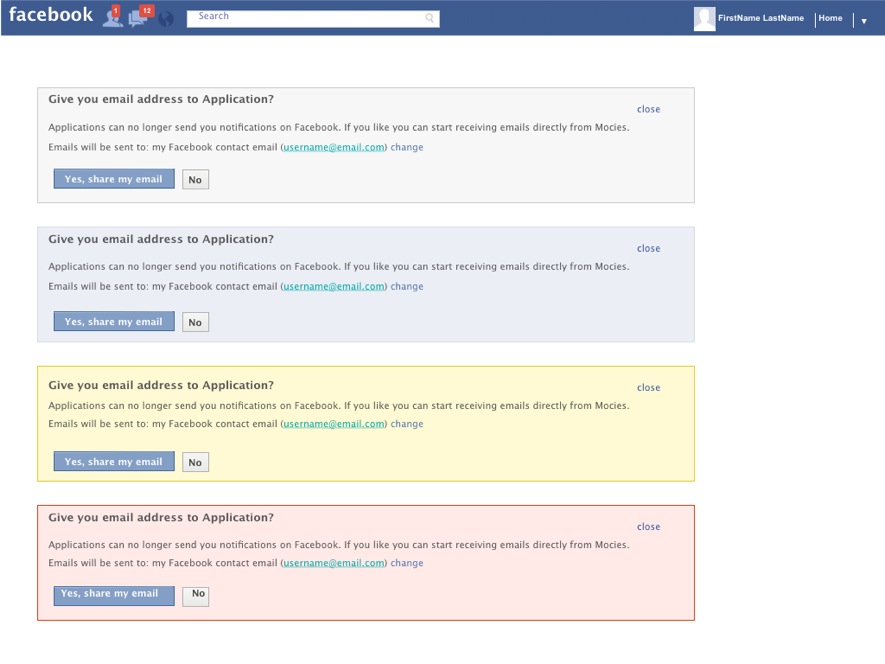 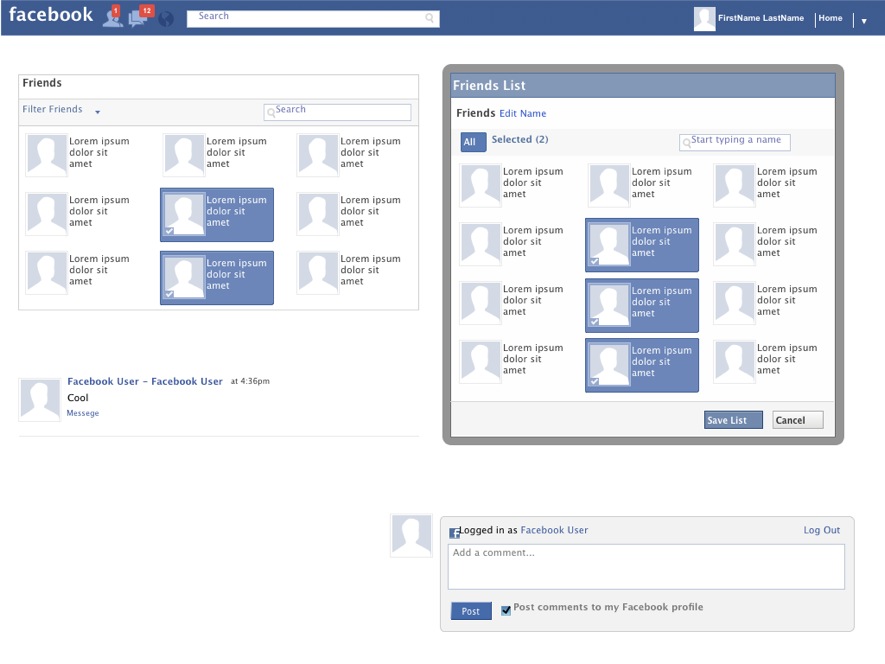 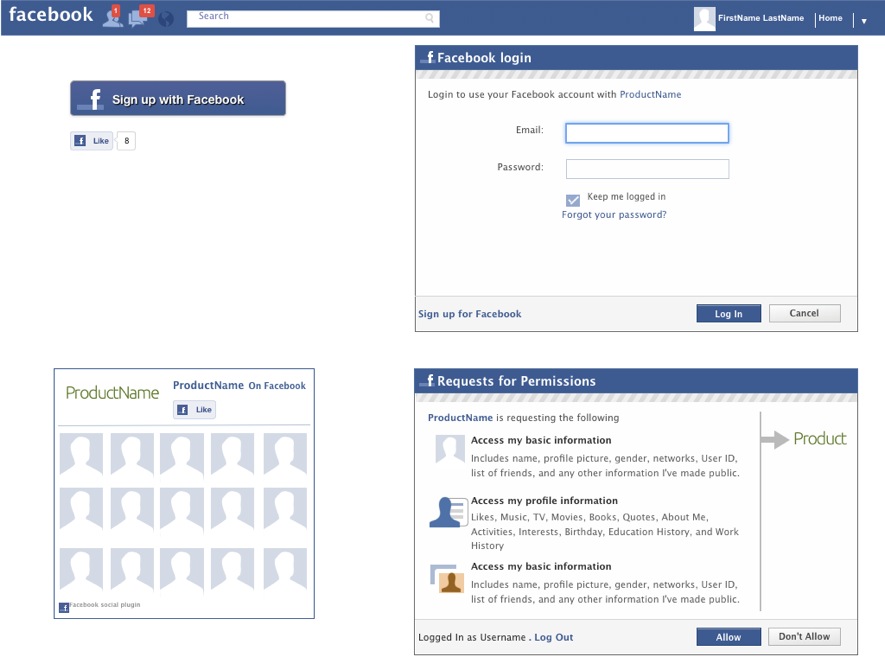 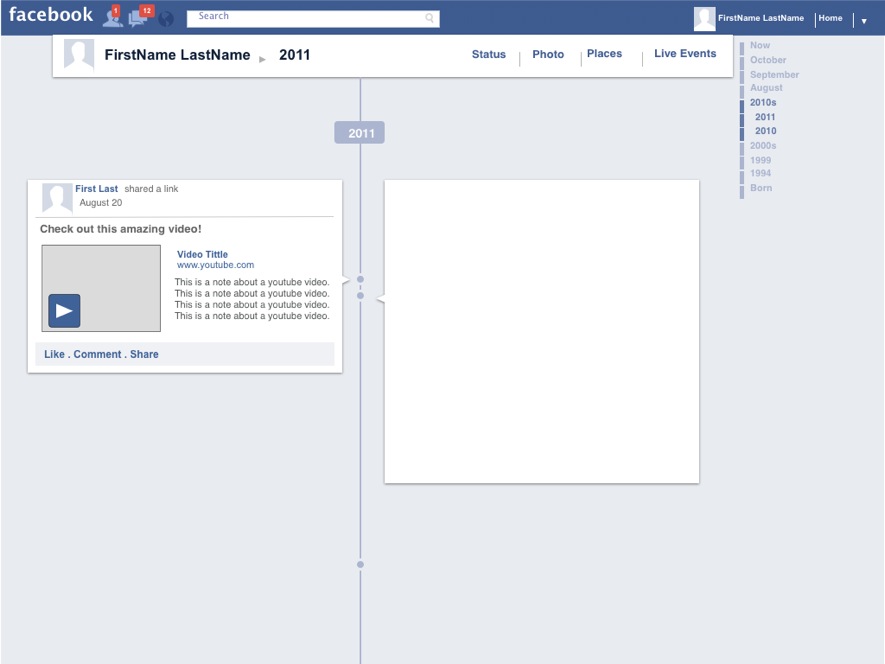 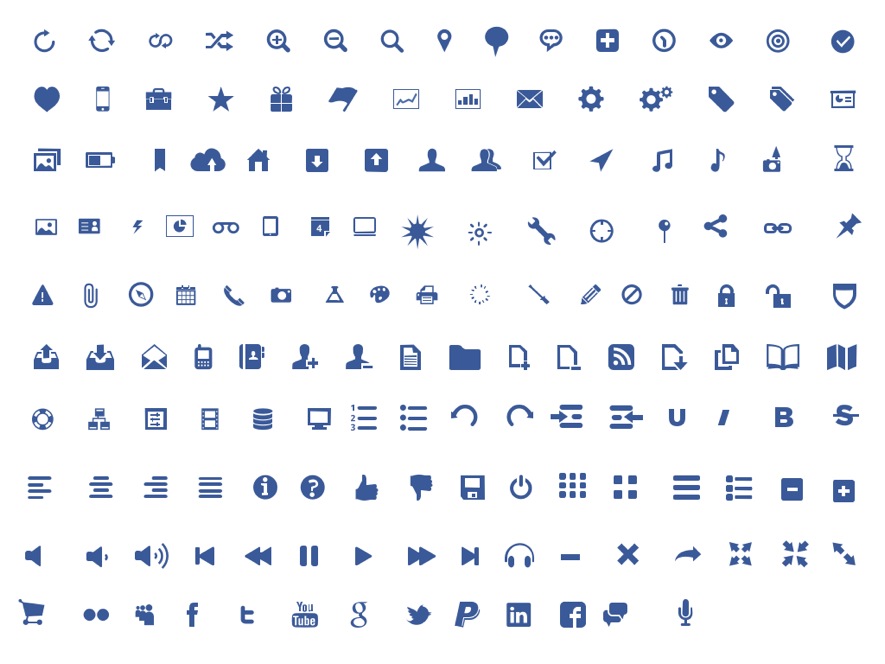 Get This UI Kit

Get the Facebook UI Kit in 7 design formats, and receive all future updates for free forever!

Get The Super Bundle

Get all 9 UI Kits in 7 design formats, and save an additional $244! Future updates are also free!